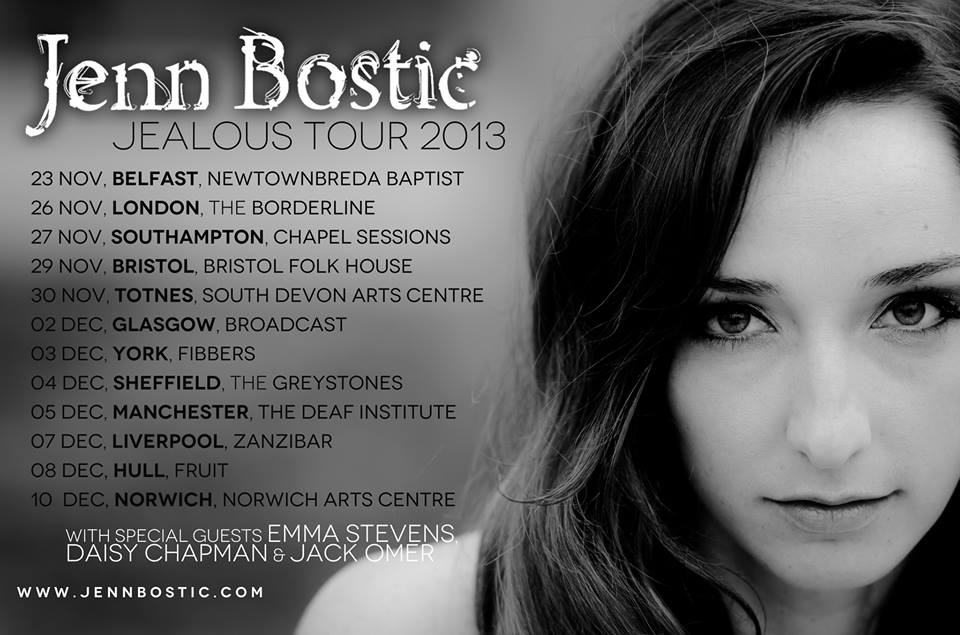 HEADLINE TOUR IN THE UK

Jenn completed a three week full band headline tour across the UK.  It was the first time she has ever performed in the United Kingdom with a full band and it wont be the last.


"Whether accompanied by the band or just solo, Bostic owned the stage, belting out the lyrics and enjoying her time on the stage, adding a level of acting to all the songs that helped bring them further to life." -.Wav Goodbye

"As a live act she has everything you could want: a really great voice, she's enormously likeable, and importantly she has a fine selection of songs." - Digital Fix


"The entire room fell silent during the moving song (Jealous of the Angels) and you could see how emotional it was for Jenn. This emotion translated to the crowd and you could have heard a pin drop as everyone listened to the haunting lyrics with a sense of revere." - Maren Fara